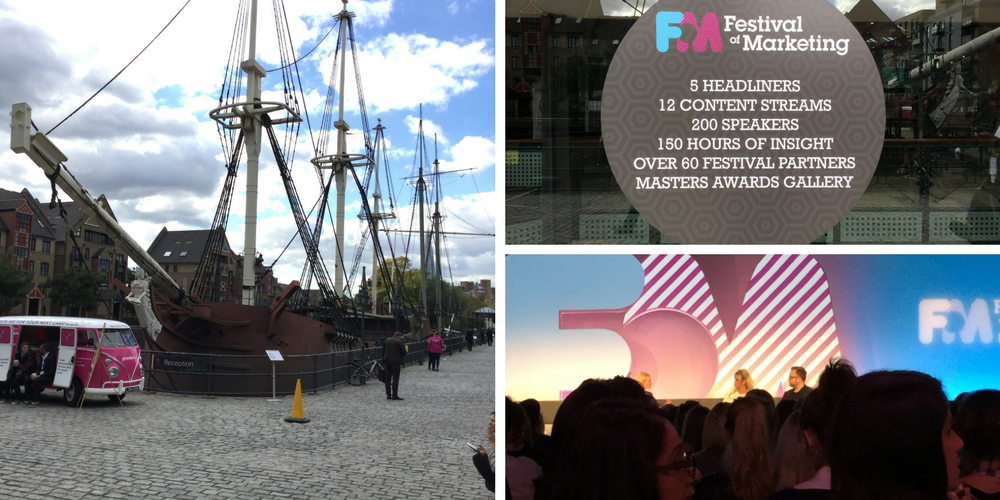 On October 5th & 6th Spread the Word Media attended the Festival of Marketing 2016 (#FoM16) at the Tobacco Dock, London. We started our #FoM16 journey by visiting the social stage to hear Stephan Mai, head of marketing at TheLADbible talk about their experiences of targeting millennials and Gen Z.

According to TheLADbible’s website, they are the UK’s ‘greatest social content hub’, grabbing the attention of 50% of the UK’s 18-24 male population (and also a fifth of females in the same age group too); I was keen to hear the insights and trends that they had identified. According to Stephen, it’s their community that makes them strong, and this is reflected in their core values of authenticity, community, to champion everyday heroes and to have fun. He went on to say that it is important for them to “be a community first and a publisher/brand second”.

“be a community first and a publisher/brand second”

Understand your audience
From the start, Stephen was clear to say that in their experience you “can’t stereotype such a diverse population” and that “Gen Z doesn’t necessarily want to be targeted by their gender”. He said that it’s important to ask them what they think, as both millennials & Gen Z like to be conversed with and not broadcast to. When targeting millennials and Gen Z, Stephen suggested that you must understand them and their human behaviours. In TheLADbible’s view, it is not that millennials & Gen Z are not interested about the world, politics and news, they just don’t like the way it is conventionally being served to them.

“it is not that millennials & Gen Z are not interested about the world, politics and news, they just don’t like the way it is conventionally being
served to them”

Engaging with millennials and Gen Z
TheLADbible has approached some very hard hitting news using humour to push controversial topics, “humour is a global language” Stephen commented. Even if it made the audience a bit uncomfortable, to spark debate amongst members of the community is a good thing and something they like to encourage. When targeting this audience you should “not be afraid to be serious” he said, just be careful to consider the angle you take. TheLADbible aims to make high profile celebrities more human to their audience, rather than the unattainable beings that they are sometimes portrayed as in other media. This approach clearly resonates with their audience, and is borne out by their immense engagement rates, Stephen reported that they receive 1,500 user generated content submissions per day, and in August 2016 it was reported in Business Wire that TheLADbible received 3.1 billion video views across their platforms in July 2016. He went on to say that millennials and Gen Z care greatly about helping others. In their experience, they are not the anti-authority, narcissistic people that they are made out to be, instead they like positivity and aspiration, entrepreneurism, and taking action into their own hands. To keep their audience coming back and engaging with their channels, TheLADbible champion content from their community, and ultimately try to create content that is interesting and relatable.

Content Creation
When talking about content creation, Stephen suggested that brands must stay true to themselves whilst leveraging social channels. That said, he reiterated that you shouldn’t be afraid to try new things whilst being confident in your brand, an example Stephen shared was their post ‘Last Lolly Standing’ which is essentially ice creams melting in the sun, the post has received over 6 million views which was totally unexpected. At TheLADbible, the team want to generate content that will be shared. As a general rule, when considering content creation, they ask themselves if it’s likely to be something they would talk about at the pub, if it’s a ‘no’ or a ‘maybe’ then it’s not good enough to publish. In their experience, perfect video length is a myth – as long as it is real, authentic content that the audience can relate to then it doesn’t matter if it is 10 seconds or 10 minutes long. Stephen suggested that to leverage all channels in the best possible way, every platform should be treated individually. Content should be created and edited specifically for each platform to ensure that you cater for the nuances of each audience and the unique way they engage with the content.

“perfect video length is a myth – as long as it is real, authentic content that the audience can relate to then it doesn’t matter if it is 10 seconds or 10
minutes long”

Spread the Word Media is an independent, full-service sales & marketing agency and healthcare publisher based in Hampshire, serving a global client base. We work with clients in a variety of markets to deliver effective sales and marketing solutions for businesses of all sizes.